This glossary is based on FBI Uniform Crime Reports, information provided by Department of Defense Security Institute, and legal dictionaries. These definitions are quite general. Some terms may have specific definitions under various state or federal laws. For additional information, consult a legal dictionary available in many adjudication facilities and most public libraries.

Acquittal means the case went to trial and the defendant was found not guilty because all elements of the crime were not proven beyond a reasonable doubt. Acquittal applies to criminal cases only. 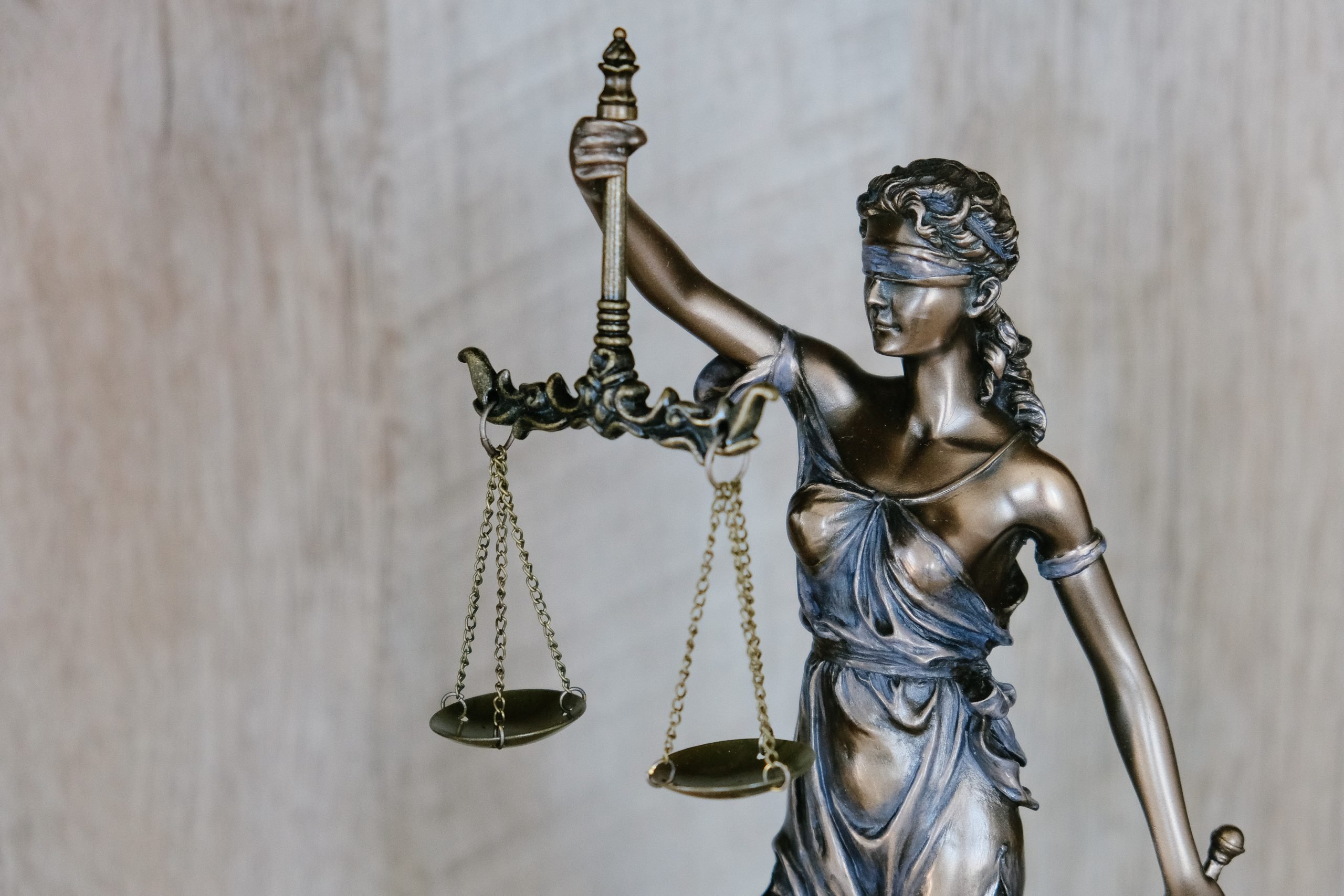 Arraignment is where an accused person is brought before a court to enter a plea in response to a criminal charge presented by a prosecutor.

Arrest is the taking of a person into physical custody to answer a criminal charge or civil demand.

Assault (aggravated) is an unlawful attack by one person upon another for the purpose of inflicting severe or aggravated bodily injury.
This type of assault usually is accompanied by the use of a weapon or by other means likely to produce death or great bodily harm.

Assault (simple) is an assault or attempted assault where no weapon is used and which does not result in serious or aggravated injury to the victim.

Bad conduct discharge is a punitive discharge from military service that is less serious than a dishonorable discharge. It may be imposed for bad conduct by either a general or special court-martial.

Breaking and entering is the unlawful entry of a structure, similar to burglary, except that there is no intent to commit a felony.

Burglary is the unlawful entry of a structure to commit a felony.

Captain’s Mast is a U.S. Navy term for nonjudicial punishment.

Civil case is a legal action based on a complaint lodged by one individual against another. The action is brought by a plaintiff seeking compensation for injury, damages or performance of a contract.

Conspiracy is an agreement to engage in criminal activity by two or more persons.

Conviction is the result of a criminal trial in which the court finds the accused person guilty of a criminal offense. The conviction may come about by trial, guilty plea, plea of “no contest” or a plea bargain.

Court of inquiry is a formal fact-finding body convened under the Uniform Code of Military Justice.

Crime is an act or omission that is punishable on conviction in judicial proceedings in the name of the government. The case is brought by a government prosecutor defending the interests of society as a whole. A crime differs from a civil offense in which a complaint is lodged by one individual against another.

Decline Prosecution is a decision of a prosecutor to not prosecute. Prosecution may be declined for many reasons, including insufficient evidence, the crime is not serious, and the prosecutor’s caseload.

Dishonorable discharge is the most serious form of punitive discharge from military service. It is reserved for those convicted of offenses usually recognized by civil law as felonies or offenses of a military nature requiring severe punishment.

Dismissal is the final disposition of an action, suit, or motion by sending it out of court without a trial. Dismissal of a bankruptcy proceeding is the opposite of discharging a bankruptcy. The bankruptcy petition has been rejected.

Due process is a course of legal proceedings which provides for the protection or enforcement of individual or private rights under the law.

Embezzlement is taking or misapplying money or property entrusted to one’s care, custody, or control.

Felony is the most serious category of crime. It is usually defined as a criminal act for which the maximum sentence is imprisonment for one year or more or by death. A federal felony is a violation of federal law such as espionage, counterfeiting, kidnapping, bank robbery, postal fraud, or interstate transportation of stolen goods. A state felony is a violation of state law such as murder, burglary, aggravated assault and battery, grand larceny, auto theft, or rape. Conviction for a federal or state felony causes an individual to lose certain civil rights, i.e., a convicted felon cannot vote, hold public elective office, practice certain professions and occupations, or purchase a gun.
Fraud is obtaining or converting to one’s own use money or property by misrepresentation or false statements. Confidence games and bad checks are included; counterfeiting is excluded.

General court-martial is the military court that considers the most serious cases such as murder, rape, and robbery. It is composed of a military judge, five or more members who serve as a jury, and prosecuting and defense counsels. This court may impose the death penalty if legally allowed for the offense in question.

General discharge is a form of discharge given to a member of the military services whose service has been honest and faithful, but for whom significant negative aspects of the member’s service, conduct or performance of duty outweigh the positive aspects of the member’s military record. It is an administrative discharge that may be given, for example, to an individual who is unable to adapt or is otherwise unsuitable for military service.

Honorable discharge is a form of discharge given to a member of the military services whose service generally has met the standards of acceptable conduct and performance of duty, or is otherwise so meritorious that any other type of discharge would be inappropriate.
Indictment is an accusation of a crime to be proven at a trial. Indictments are considered by grand juries. If an indictment is made by a grand jury, the grand jury returns a “True Bill.” If a grand jury does not believe the person committed a crime, it returns a “No Bill” finding.
Larceny is the unlawful taking, carrying, leading, or riding away with property from the possession of another person. Examples are thefts of property such as bicycles or automobile accessories; shoplifting; pocket-picking, or the stealing of any property or article which is not taken by force and violence or by fraud. Motor vehicle theft is usually considered a separate category of offense.

Misdemeanor is a category of crime less serious than a felony. It is usually defined as an offense for which the maximum sentence is a fine or imprisonment for up to one year. Time is usually served in a city or county jail rather than in a state prison. Examples of misdemeanors are retail theft, petty larceny, trespassing, possession of small amounts of marijuana, disorderly conduct, and resisting arrest. The distinction between a felony and misdemeanor varies from state to state. For example, some states (primarily Michigan and New Jersey) have a category of high misdemeanor or gross misdemeanor crimes that would be less-serious felonies in other states. The federal system has a lesser category of petty offenses for which the maximum penalty is a fine of $500.

Nolo Contendere means “I will not contest it.” It is a plea to a criminal charge that has a similar effect to pleading guilty. If the court accepts the plea, the person will be convicted and sentenced. The “nolo” procedure is used when the accused does not want to admit the crime. It is often called a “no contest” plea.

Nolle Prosequi is the same as a decision not to prosecute.

Parole is release from prison after serving a portion of the sentence or upon meeting certain specified conditions. Violation of parole could result in the person being returned to prison for the remainder of the sentence.

Plea Bargain is the process whereby the accused and the prosecutor in a criminal case agree on a disposition of the case without trial, subject to the court’s approval. It often involves the accused person pleading guilty to the crime or to a lesser offense in return for a lighter sentence. There are many different reasons for a plea bargain. A plea bargain avoids the need for a trial, thereby significantly reducing the work load for the court system. In some jurisdictions, up to 75% of the cases may be plea bargained. A problem for adjudicators is that the plea bargain agreement, which is part of the court record, may not always contain the reasons for the plea agreement, just that an agreement has been made. A guilty plea through a plea bargain generally has the same legal effect as a guilty verdict in a trial.

Probation is a sentence, after a criminal conviction, that releases the person into the community under the supervision of a probation officer instead of sending the person into confinement or imposing a fine. The person is required to comply with certain terms of the probation, such as community service and good behavior. Violation of probation could result in the person being sent to prison.

Punitive discharge is a discharge from military service imposed as a punishment, either a bad conduct discharge or a dishonorable discharge.

Recidivism is relapse into crime by a previous offender.

Record expunged means the criminal record has been removed from those records available for public release. Many states have laws that provide for sealing, purging, or expunging certain criminal records — generally those of juveniles, first offenders, or offenses more than 5 or 10 years old. In order to have a record expunged, the offender may be required to petition the court to remove the record.
Restriction is a form of punishment for military personnel. It is less severe than arrest. The individual may not leave a military installation or facility unless required to do so pursuant to military duties and activities.

Robbery is taking or attempting to take anything of value from the care, custody, or control of a person or persons by force or threat of force or violence and/or by putting the victim in fear.

Special court-martial is the military court that handles moderate to severe offenses. There is a military judge and three more persons serving as a jury. The accused has the right to an attorney. The maximum punishments that can be imposed are a bad conduct discharge, confinement for six months, forfeiture of two-thirds of pay for six months, and reduction in grade to E-1.
Summary court-martial is the lowest of the three levels of military courts. A single presiding officer serves as prosecution and defense, judge and jury. This officer takes evidence and passes judgment. The court can impose one month’s confinement at hard labor, 45 days hard labor without confinement, restriction for 60 days, forfeiture of pay, or reduction in grade.

Uniform Code of Military Justice is the body of criminal statutes that applies uniformly to all the military services. It is commonly abbreviated UCMJ.

Vandalism is willful or malicious destruction, injury, disfigurement, or defacement of any public or private property without consent.

Willful refers to an action which is done intentionally, knowingly, and purposefully, not accidentally or thoughtlessly.